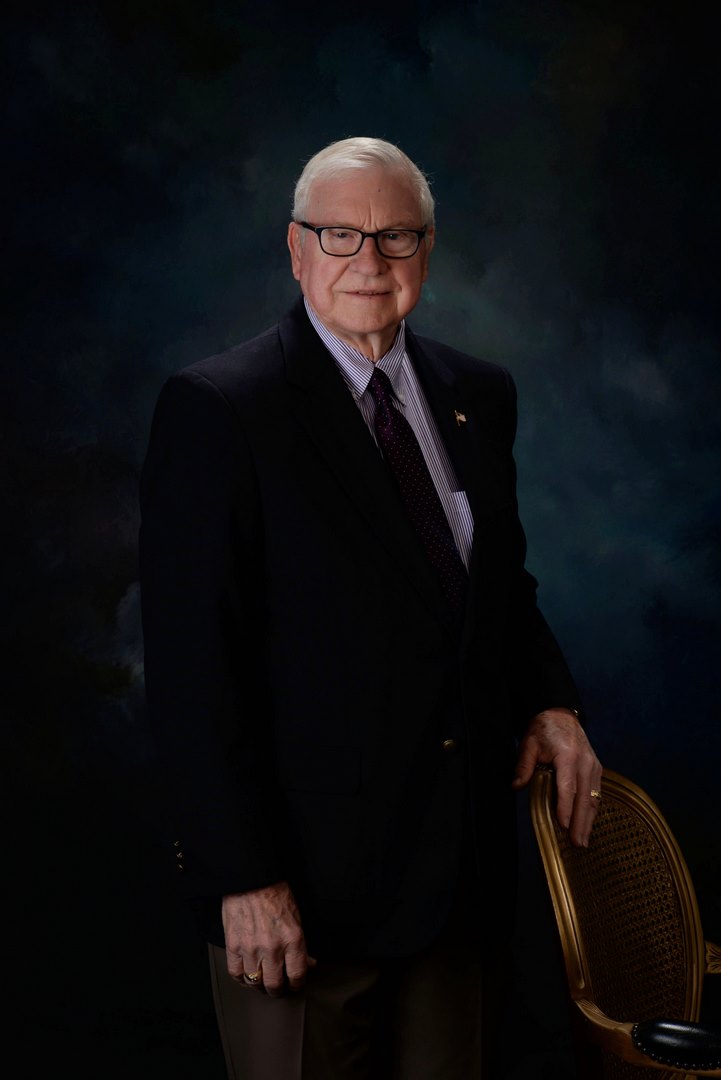 Chairman of the Board

This email address is being protected from spambots. You need JavaScript enabled to view it.

A message from the Chairman 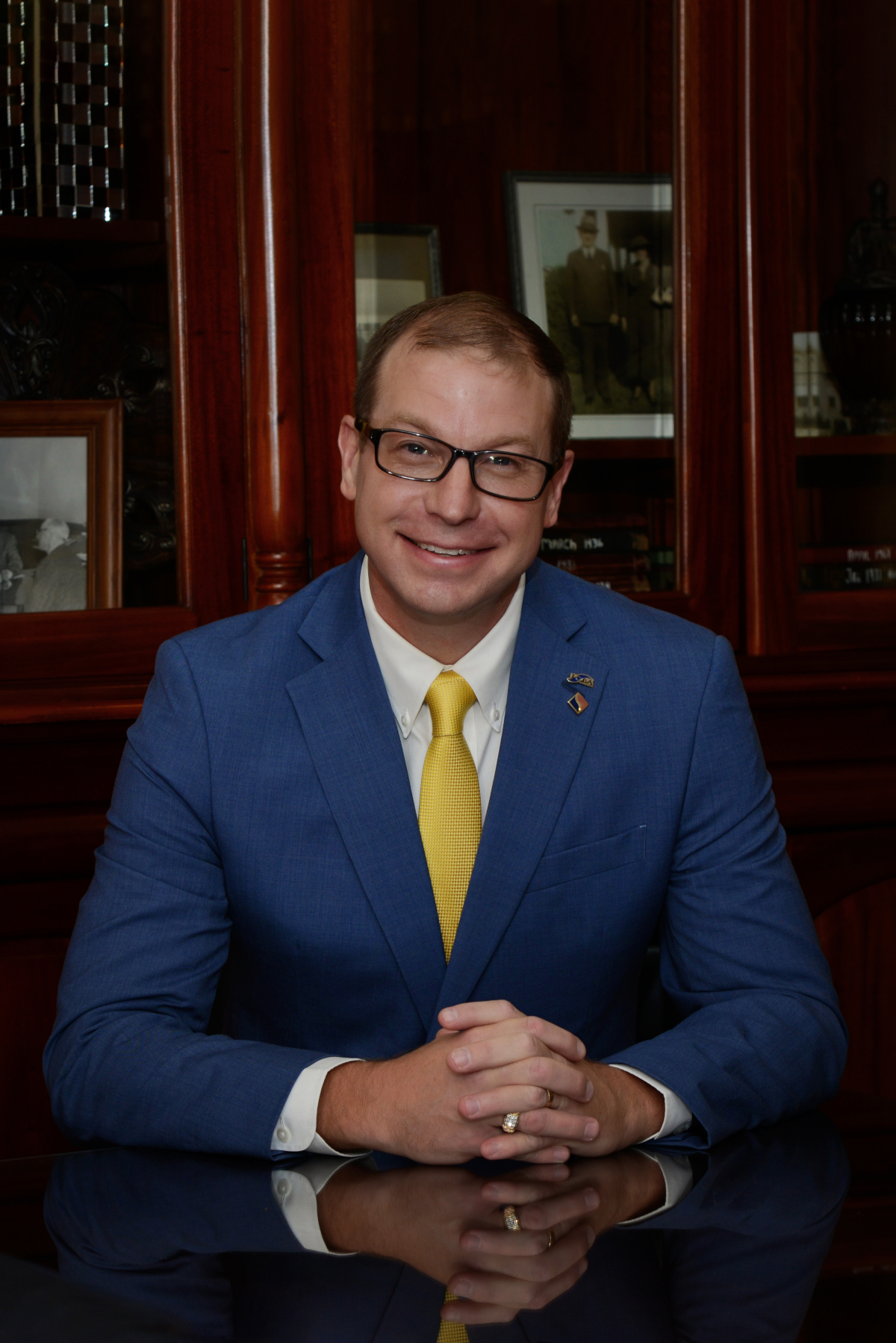 This email address is being protected from spambots. You need JavaScript enabled to view it.

A message from the President

Thank you for visiting our digital office! The commitment of our team from in-person to online is to be accessible, responsive, and accountable to your needs! Our goal is to provide a Wow Exceptional Customer Service moment for you at each interaction.

We are proud and honored to serve the communities of NW Alabama and NE Mississippi. We truly believe we are the protectors of Main Street and value each relationship we have with our customers, both consumers and commercial. I am confident that when you bank with us, you will become a member of our family. You will never be just a number or a transaction; we truly see the relationship behind the transaction. Our relationship-focused way of doing business is guided by our Core Values which are:

It is my commitment to you that our team members meet these core values each day! If you feel we are not fulfilling these core values, I want you to know that my door is always open to hearing about it. Whether in person or you may call me directly at 256-627-7915, and you can also reach out to me via email at This email address is being protected from spambots. You need JavaScript enabled to view it..

I continue to be honored to lead this organization and am so proud of our history and bank team serving our communities since 1908!

We look forward to the coming year of implementing new technologies to deliver high tech to you, our valued customers, while maintaining our high-touch relationship-focused manner of doing business! Join the Community Bank Family! Let us know how we can help! 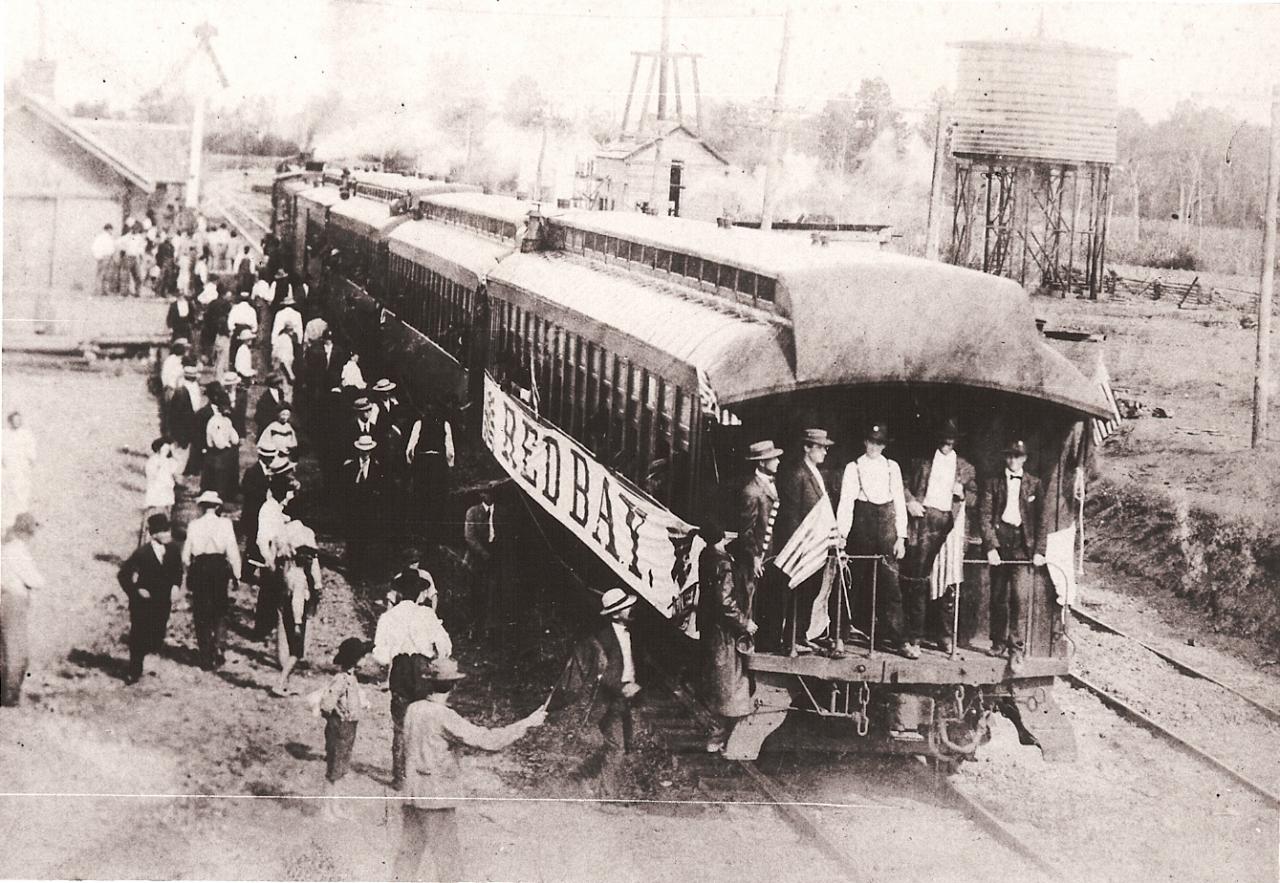 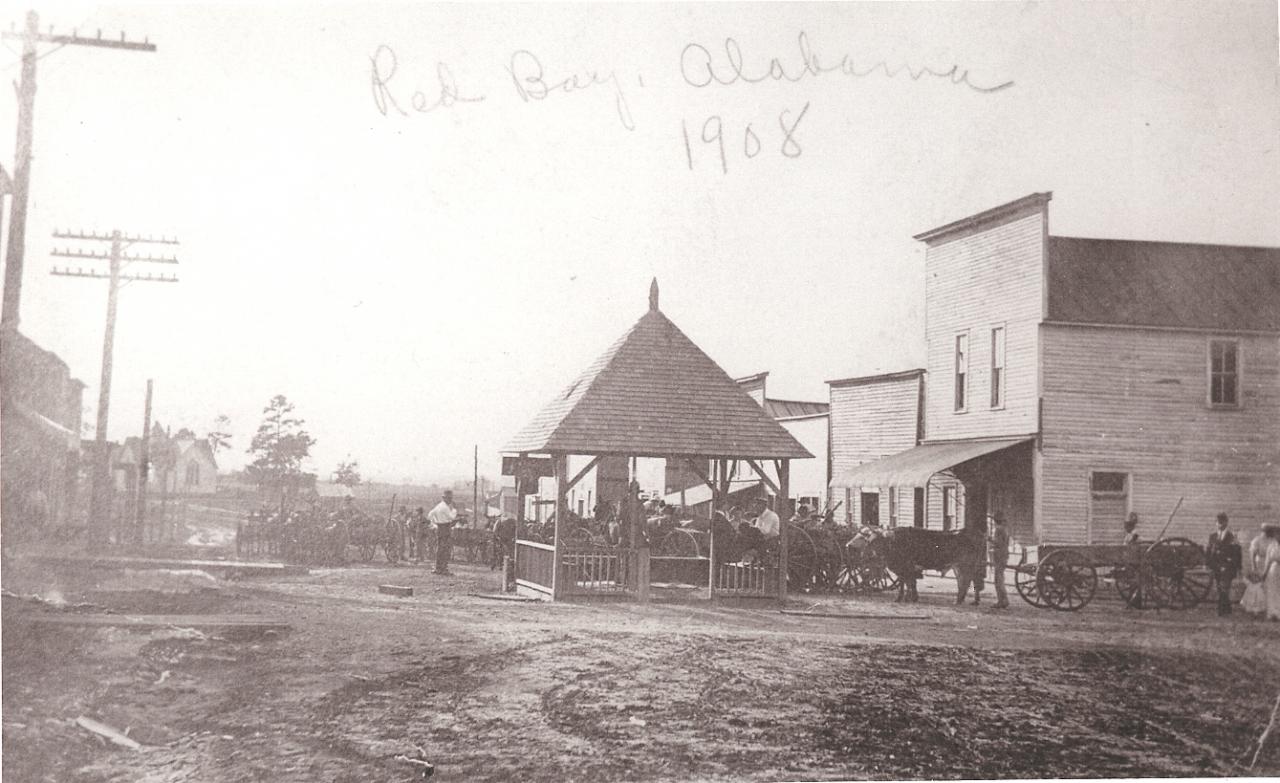 Community Spirit Bank was the town of Red Bay’s first bank. We opened with the name Bank of Red Bay on June 11, 1908 in the Red Bay Hotel. Our roots run deeper than any other business in this community. We pride ourselves on being a true community bank and serving the citizens of our communities.

In 1917, after operating in the hotel for 9 years, we decided it was time to build our own building and we moved from the hotel to the south side of Main Street. That brick veneer structure is still standing in Red Bay. The original vault door has been removed and is on display in the Red Bay Museum.

By 1939 our directorate decided to build a new modern banking facility on the corner of our present location. Occupying the first 25 feet by 75 feet of the building we are presently in today. If one could look under the present brick and stucco, you would see the original limestone. For a small community bank, that 1939 structure was second to none.

As economic growth continued after WWII, our bank building doubled in size in 1958. At that time, the total footings of the Bank were almost a whopping $2 million dollars.

In early 1963 safe deposit boxes were installed and made available to the Bank’s customers. Later in 1963 the time and temperature sign was installed, and this was a big hit with the community. Then in 1965, our first “drive-in window” was installed and we were one of the most “modern” banks in the surrounding areas. Around this time the bank had grown in footings to almost $4 million dollars. This was enormous in our community at that time. We got our first financial competition in our community during the year of 1966.

By the time the 1970’s arrived, our Bank building had doubled in size again. The additions completed in 1975 resulted in the building you see today. During this time we found ourselves coming of age on our first automated system. This was the first time since 1908, that transactions were not hand-written into the ledger books.

Also in 1975 we opened our Vina location. Then another location, we call “Redmont,” was opened on Golden Road in 1978. So called, as it lies directly between Red Bay and Belmont, MS.

A milestone was reached in July 1982, when we went onto our own computerized operating system. The technological age was upon us and the Bank, like always, worked to stay at a forefront of the advancements.

In the late 1990’s, the Bank decided to open a small branch downtown Russellville. That branch opened May 1, 1998 and operated until March 2007, when the new Russellville building on Hwy 43 bypass was completed.

We ventured into Mississippi in the late 1990’s as well. Our Belmont, MS location opened January 15, 1999 as Spirit Bank (to adhere to regulatory guidelines). Then on January 1, 2012, Spirit Bank was able to merge into our existing bank Community Spirit, and is now operated as a branch office.

We are Community Spirit Bank!

In the early part of 1997, management suggested that we change our name from Bank of Red Bay to a name which didn’t tie our name to a single community. The name Community Spirit Bank was chosen. The ownership of the bank never changed, just the name. Our name was chosen because our Bank had become known for the support we lent to the communities in which our branches were located. Our directors, officers, and employees exemplify personal service to all our customers, as well as our community’s citizens. This new name reflected our philosophy and the longevity of our brand.

And today it still holds true. We are a “real community bank.” The values and beliefs of Community Spirit Bank haven’t changed much over the last century. How we do business will continually evolve. Carrying on the traditions that have guided us to where we are today will never change! 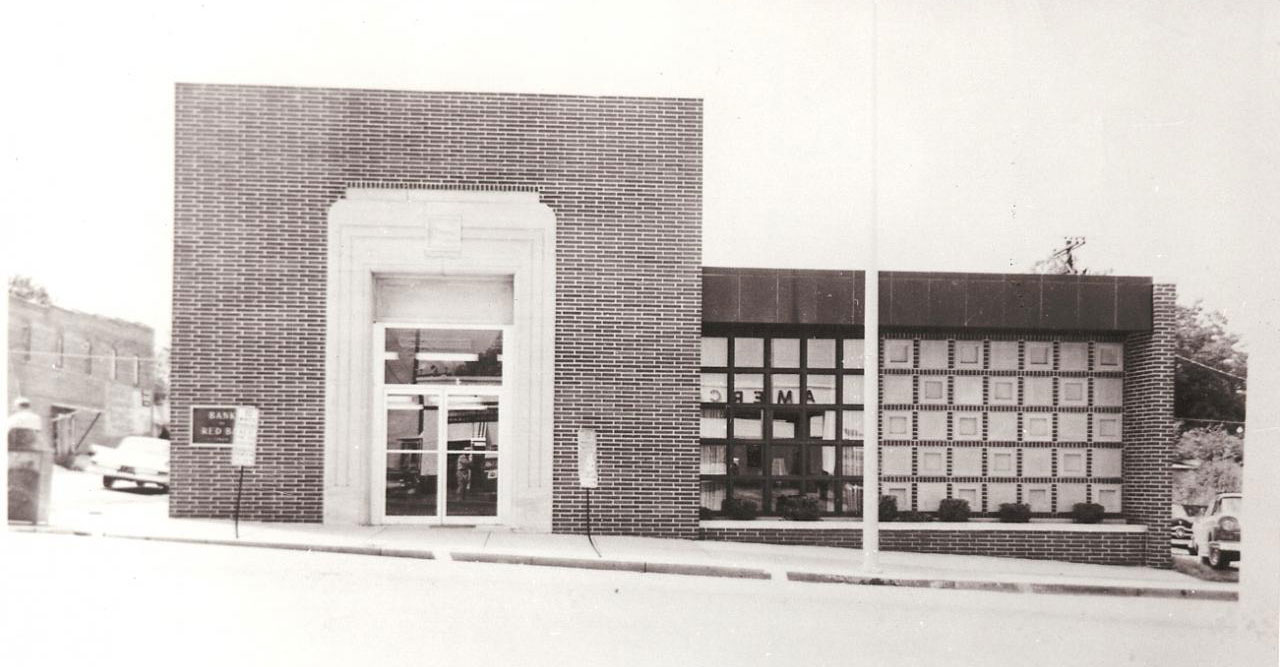 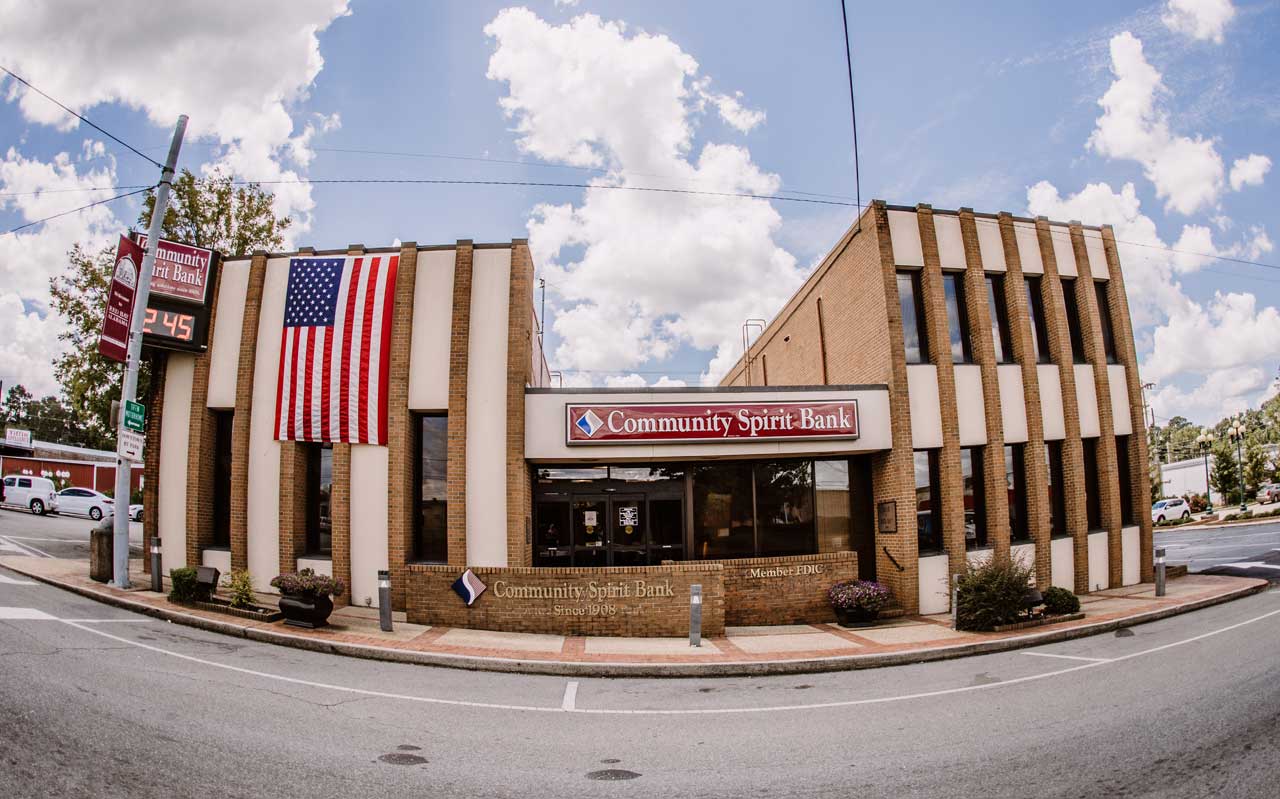 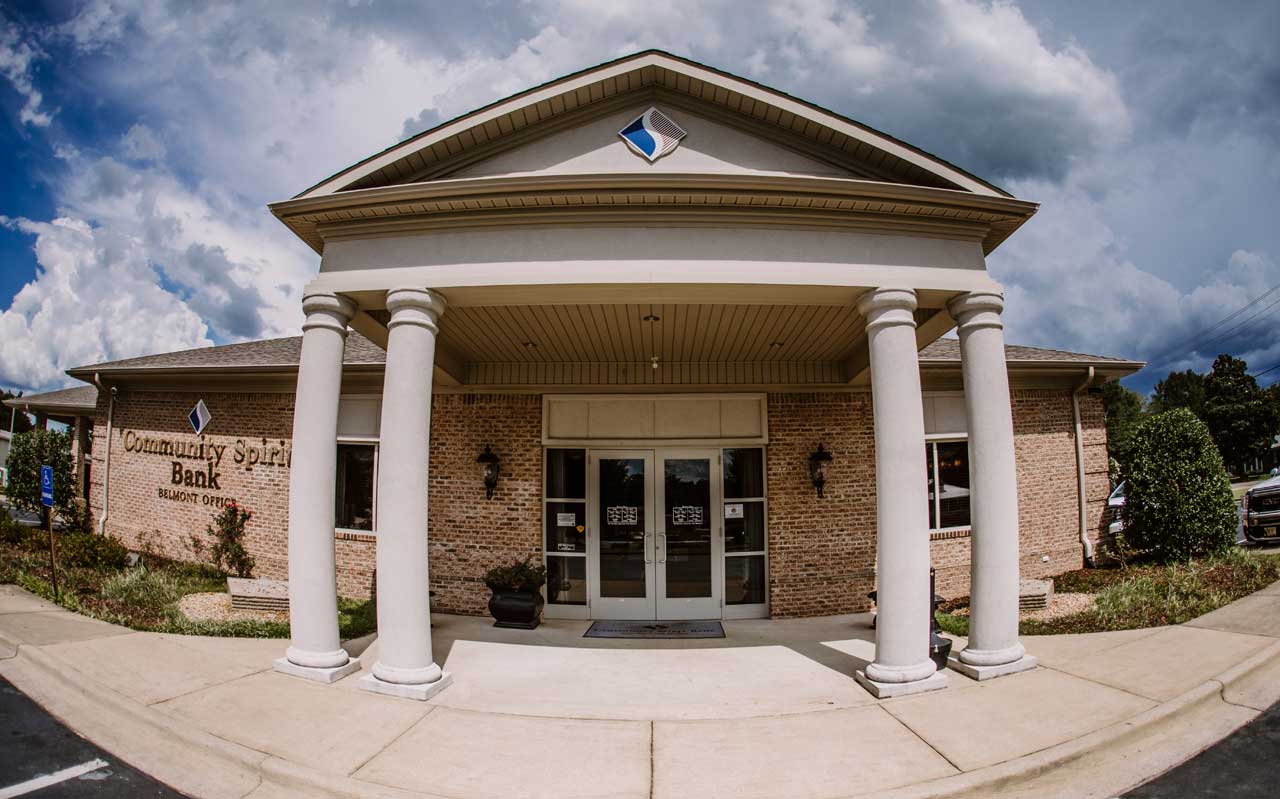 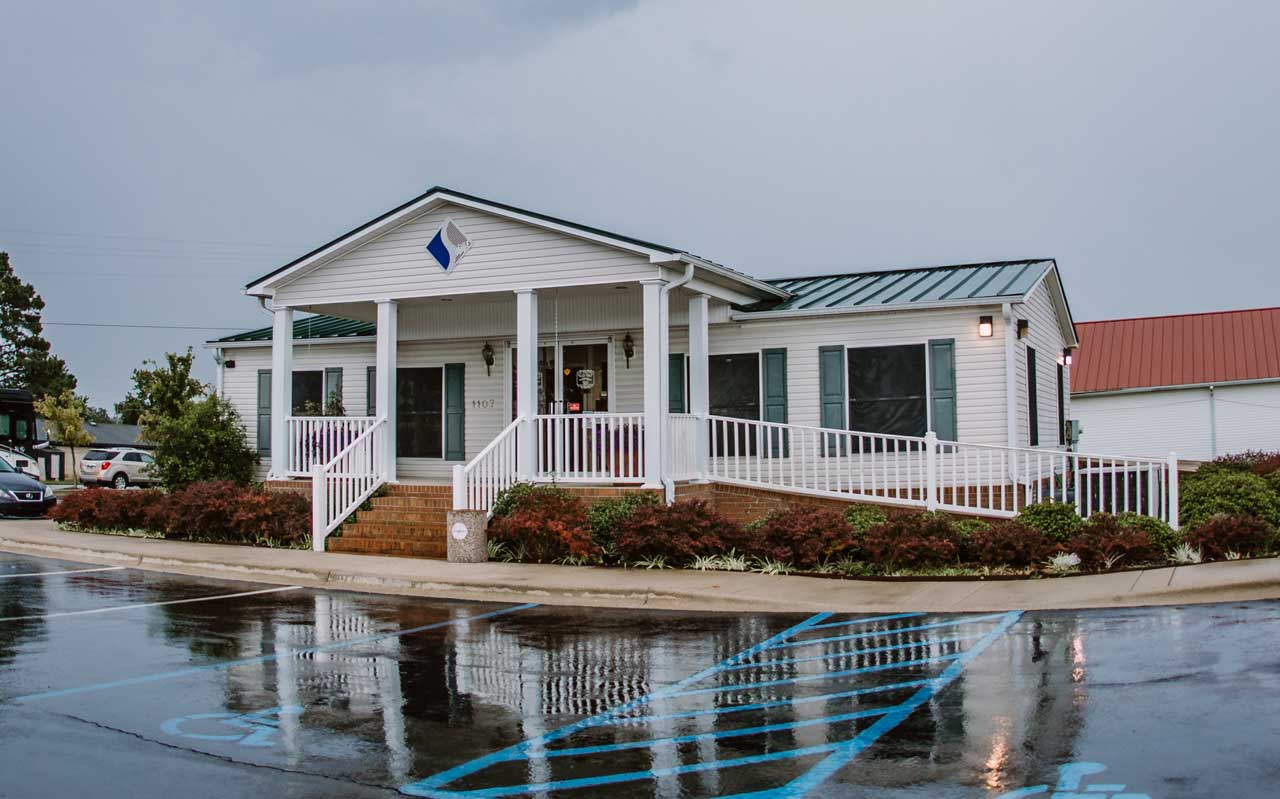 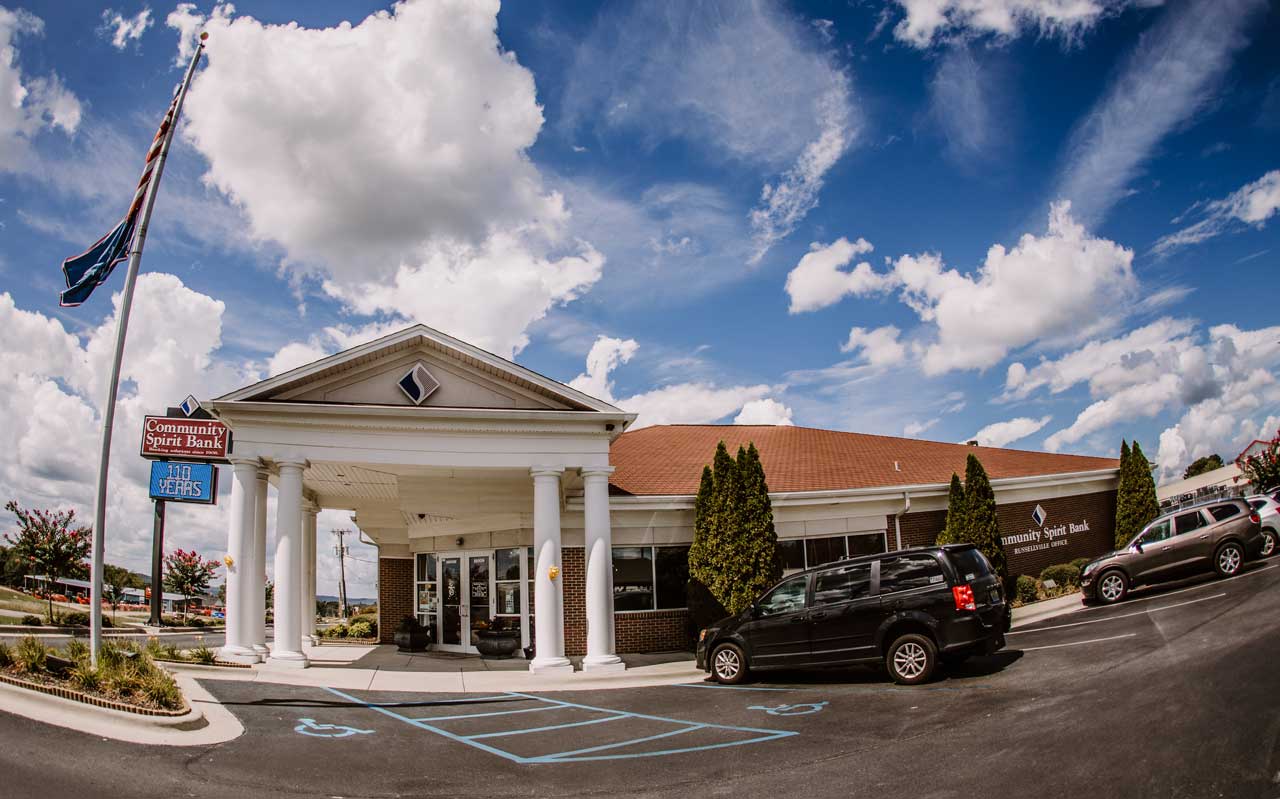 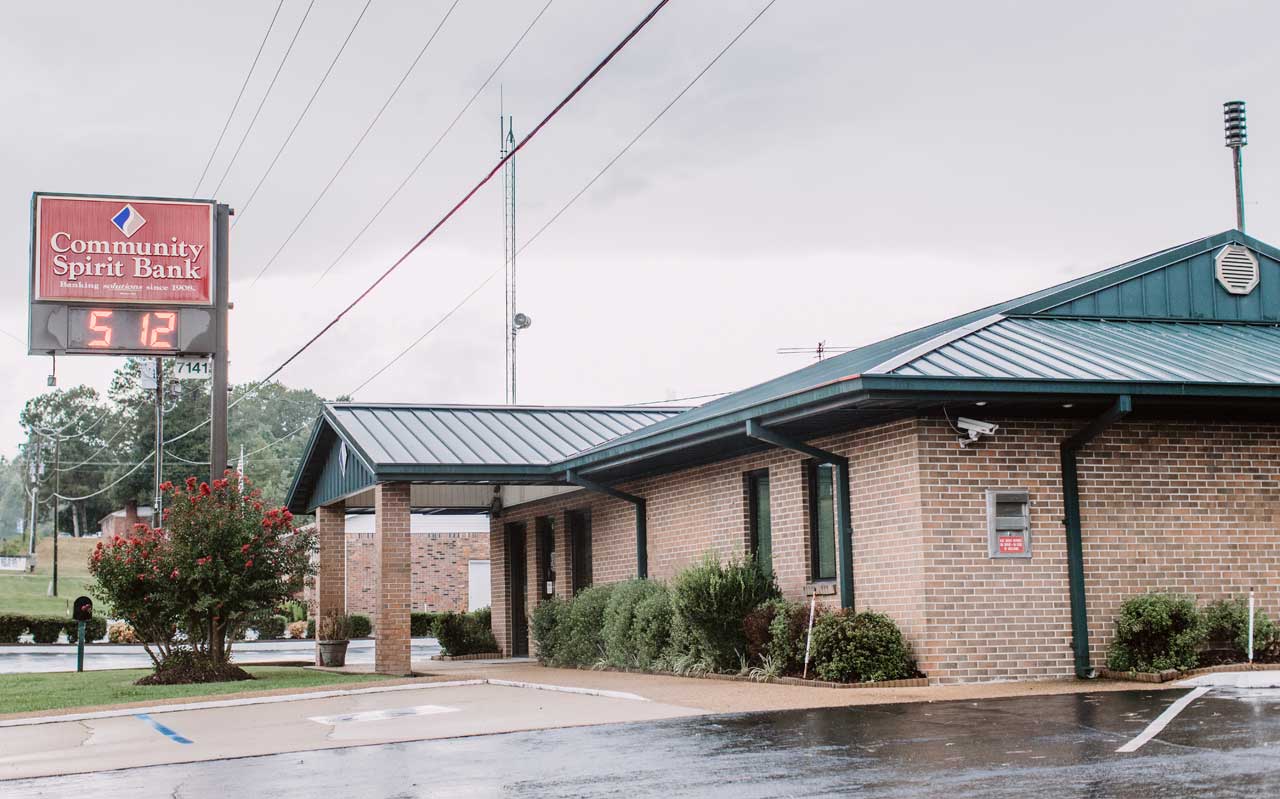 Community Spirit Bank isn’t just a name, it’s a reflection of how we feel. Our name expresses our care and concern for the residents of our area.

It has taken generations of hard work and integrity to build our area into the strong community that it is today; it's the same kind of commitment that has built and sustained Community Spirit Bank for over a century. Generations of our banking family have helped generations of yours build homes, buy homes, purchase vehicles, start businesses, save for retirement, look after your children and grandchildren.....just like we're doing in our own lives, even today.

Our key to our continued success is that we're a "first-name basis" kind of bank. We want to know you and you know us. We want to meet your children, your grandchildren, and to introduce you to ours. We believe in long-term, trustworthy relationships. We are the kind of bank that can celebrate your victories and help you through your struggles. In short ....we're local people helping local people realize dreams.

At Community Spirit Bank, we're proud of the legacy we've built over the past century....but we're even more excited to help you build yours.

Our mission as a community financial institution is to develop and serve our communities, customers and employees with a caring attitude offering stability, integrity and fairness. We will be consistent with our policies, perform in a professional manner and be a progressive bank that offers the best personal service to our communities, customers, and employees, through honesty, unity, and mutually profitable service. Our purpose is to assist in adapting to the changing environment through the delivery of superior innovative services that yield mutually profitable growth.

Community Spirit Bank is a positive team that works with integrity serving each customer with knowledge, pride, cooperation, and respect. We strive to be innovative, adapting to change while efficiently maintaining the best interest of our customers, thereby exemplifying our “community spirit” every day.

Images or logo may not be used in any form for private or commercial use.